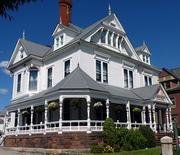 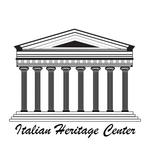 The Federal Hill neighborhood is very significant in the history of Providence due to its central location within the city. The gateway arch over Atwells Avenue near Downtown is one of the most recognizable landmarks in Providence. Federal Hill is bounded by Westminster Street to the south, the Amtrak railroad tracks and Route 6 at the foot of the hill to the west and north, and Interstate 95 to the east. The area shares boundaries with six other neighborhoods: Downtown to the east, Smith Hill and Valley to the north, Olneyville to the west, and the West End and Upper South Providence to the south. The area now known as Federal Hill was originally the land separating the Narragansett and Wampanoag Indian tribes.

The early settlers were attracted to this area during the 18th century by the array of highways and turnpikes that already served the area. In 1788, Amos Maine Atwells and several other businessmen formed a syndicate to improve and develop the West Side of the city. Because of his active involvement in real estate and development near the Atwells Avenue area, he is credited with shaping the physical appearance of Federal Hill and with giving his name to that major thoroughfare. As with many other neighborhoods, growth was largely dependent on the improvement of bridges and the extension of roads and highways. In 1809, a four-rod road, which was the basis for today's Atwells Avenue, was laid out from Aborn Street to the North Providence border at the Woonasquatucket Turnpike. The construction of this network of turnpikes was instrumental in attracting commercial and industrial activity into the downtown area.

Although most of the city's industrial activity took place along the river and downtown, there was a coal yard on nearby Carpenter Street and a scattering of small machine and jewelry firms in the remainder of Federal Hill. The Providence Gas Company, chartered in 1847, operated one of its several gas holders on Federal Street, in the heart of the neighborhood. By the first half of the 19th century Federal Hill was the home of Providence's new working class. These people were painters, joiners, carpenters, manufacturers, coopers, blacksmiths, laborers, cobblers, teamsters, longshoremen, and mariners, among various other professions. As the shipping trade was suffering from numerous factors that included the 1807 Embargo, the War of 1812, and growing competition from nearby ports like New York, entrepreneurs began to redirect their focus to manufacturing. Manufacturing created new sources of wealth and work which eventually played a key role in the historical development of Federal Hill. For the industrialists, the first great wave of immigrants, primarily from Ireland, served to accommodate their need for labor as well.  By the mid 1800s, the basic street grid of Federal Hill was established. Farms were sold for development and owners platted their holdings individually on a larger scale. Since there were no civic regulations such as zoning or prescribed lot sizes, there was not much control over this development.

Today the many staggered and dead-end streets that exist in the area can be attributed to the development that took place during this period. Similarly, the development of a street railway system also contributed to the break up of the original farm lots as well as to the post Civil War boom of Federal Hill. By the end of 1865, the Broadway railway line was completed. In the decades that followed, Broadway became a highly desirable and fashionable residential boulevard lined with impressive estates of Providence's mercantile and professional "nouveau riche." At the same time, the side streets were filling up with more modest homes. The proximity of downtown and industrial areas encouraged a mix of residents from various social and economic classes to locate within the neighborhood. In the early 1900s, the Federal Hill area was the destination of a second great wave of immigrants, nearly 60 years after the Irish had arrived in the neighborhood. The area soon became the center of one of the most densely populated and largest Italian settlements in the nation. In 1885, there were only a few hundred Italian-born residents in Providence; 20 years later, there were 18,014 and by 1920, 42,044. By 1930, twenty percent of the city's population was of Italian extraction.

This wave eventually slowed down in the 1930s due to the disruption caused by World War I and the restrictive immigration laws enacted in 1921 and 1924. The original settlement of Italians along Spruce Street and Atwells Avenue gradually expanded to include all of Federal Hill and became known to the residents as "The Hill," "Colletto," or "Little Hill." Like the immigrants that came before them, the Italian immigrants had to deal with social segregation, as well as problems of overcrowding in the already densely populated Federal Hill. These problems prompted various community-based efforts such as the establishment of several settlement houses in Federal Hill. The Sprague House opened in 1910 at 417 Atwells Avenue and later, Federal Hill House was established at 400 Atwells Ave. These two entities provided services which included both industrial and vocational training and health services. Today, Federal Hill House still continues to be an active service provider.
At the turn of the century, Atwells Avenue became the center of business and culture for the city's Italian population and widely became known as Rhode Island's own "Little Italy." In keeping with the patterns from the "Old Country," many of the businesses utilized the street level space for their commercial activities and occupied the upper floors for residences. During the 1930s, the streets of Federal Hill were usually teeming with vendors selling their goods in pushcarts and the sounds of live chickens and rabbits in wooden cages. Now, though many of the Italians have moved away, there are still many reminders of how "The Hill" used to look. Though the area today is more diverse, Federal Hill still retains its status as the traditional center for the city's Italian-American community. Providence's annual Columbus Day parade marches down Atwells Avenue.